The importance of a strong business name

Before starting your own company, you must think of an effective name.

Six things everyone should know about starting their own business

Knowing these six things about starting your own business will help you both professionally and personally.

When starting your business, seek help when needed, but create your own path

It’s ok to follow the path of another as you start your company, but eventually you will want to carve your own niche.

Before starting a business, make sure you love it

You should only start your own business if it’s something you are passionate about.

Remember, starting your own company is a marathon, not a sprint

When you are starting a business, always remember that it’s a marathon, not a sprint.

Following Orders, LLC shows how a great idea can turn into a successful company 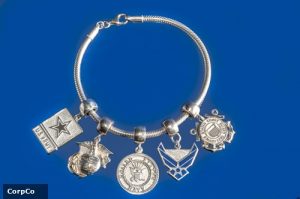 Following Orders shows that incorporating your business can turn a great idea into a great company.

More Americans are starting their own companies later in life as a way to ease the transition from the working world into retirement.

Congratulations to Veterans’ Healing Farm, winners of $35,000 in a recent business plan competition!

Entrepreneurs starting younger than ever

Entrepreneurs are starting younger than ever, mainly because some feel they have no other option.

Starting a business with a close friend is often seen as a risky venture, but it is possible to strike a healthy balance.