Why you need a Federal Tax ID Number

If you’re just starting a business, there are several important steps you must take to make sure your business is in compliance with government requirements. One important step is to obtain your Employer Identification Number (EIN), which is also known as a Federal Tax ID Number.

There’s a lot of opportunity for those willing to take the risk to start their own business today. Having the right knowledge can help prepare you for success when you’re just starting out.

Things to consider when forming an LLC

If you’re looking to form an LLC, knowing what needs to be done and preparing for it ahead of time can make this process smoother.

Big companies can learn a thing or two from startups

It might seem counterintuitive that a big company would be interested in being more like a smaller company, especially when startup companies are striving to reach that higher level of success.

For small businesses hard work can get you everywhere

When running a small business, many entrepreneurs have the goal of eventually selling their product to a big company. But how do they reach this goal?

Incorporation can help your business succeed

There are steps you can take to make sure your business succeeds.

How to demonstrate the value of your startup idea

Demonstrating a clear need for your product is a critical step in the startup process. 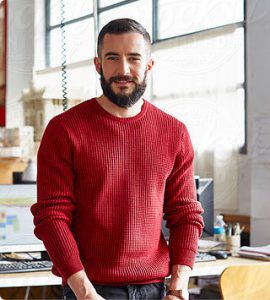 Much of the most important innovation is question-driven.

For Hispanic entrepreneurs, this year’s SXSW lineup is particularly interesting, as it contained a unique set of panels from experienced innovator Mitch Kapor.