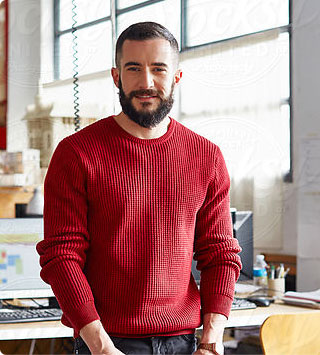 With hindsight, it can be tempting to presume that successful businesses were simply lucky enough to hit the right market at the right time. Or to assume that they had an insurmountable information advantage, and the ability to process data more effectively than their competitors. It’s easy to think that it was a matter of having impressive connections, or networking properly, or designing the fanciest business cards.

While all of those things definitely play a role in succeeding (save, perhaps, the business cards), focusing on those aspects ignores perhaps the most fundamental thing any entrepreneur should ask herself: “what is my big question?”

Innovation centers around incisive inquiry. If you’re thinking of incorporating your business, at the heart of those efforts should be the goal of answering a compelling question. An ambitious question doesn’t just hope to gather more information about the way things are. It actually challenges the status quo, in and of itself. Framing it properly is at the core of what will eventually make consumers flock to your product.

In an interview with Inc. Magazine, author Warren Berger revealed the questions he thinks are not asked early or often enough in the innovation process. Berger is a business journalist and the author of a new book:

A More Beautiful Question: The Power of Inquiry to Spark Breakthrough Ideas.

“There are two kinds. First, the fundamental ones. Why are we doing this? What do people really care about? Second are the crazy questions. What if we did this backward? What if we were to subvert all the assumptions in the field and do something that sounds ridiculous? Interesting ideas can come out of exploring impossible things. There’s a place for asking those questions, when you are in the most open stage of thinking,” explains Berger.

He goes on to point out that these sorts of questions could even serve to replace the traditional mission statement. By framing an organization’s goal as a question rather than an answer, Berger argues, you give each member of it a connection and something to rally behind. At the same time, it is a humble acknowledgement that your work is nowhere near finalized.

Of course, simply being able to ask the right question is far from a guarantee of success. There are practical concerns. Such as finding a registered agent service. There are also more theoretical ones, like how you will go about answering that question. Before you start, however, that query can set you on the path to success.